Home » About the Fatality Mapping Project »

About the Fatality Mapping Project

CPWR’s Data Center has developed and maintained the Construction Fatality Maps since 2011 as part of supporting the National Campaign to Prevent Falls in Construction. To continue to raise public awareness of construction hazards and the need for improved safety in the industry, they have recently developed a Construction Fatality Map Dashboard. The newly designed dashboard combines data from ongoing OSHA fatality investigations and online media sources gathered since 2011 (including data used in the existing fatality maps). Although the dashboard only captures about 70% of all construction fatalities, it provides detailed geographic information and other circumstances for each fatal injury. As a result of how data were collected, the fatality maps may include deaths excluded from U.S. Department of Labor, Bureau of Labor Statistics (BLS) reports and vice versa. 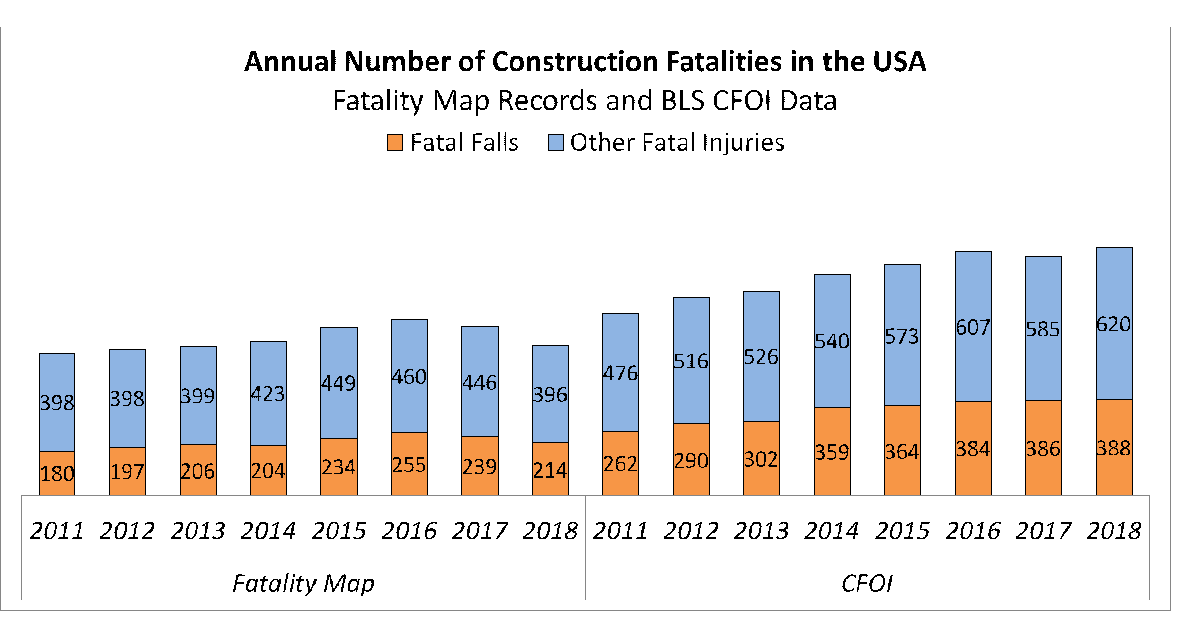